You may have noticed in the earlier examples in this documentation that real time series frequently have abrupt changes in their trajectories. By default, Prophet will automatically detect these changepoints and will allow the trend to adapt appropriately. However, if you wish to have finer control over this process (e.g., Prophet missed a rate change, or is overfitting rate changes in the history), then there are several input arguments you can use. 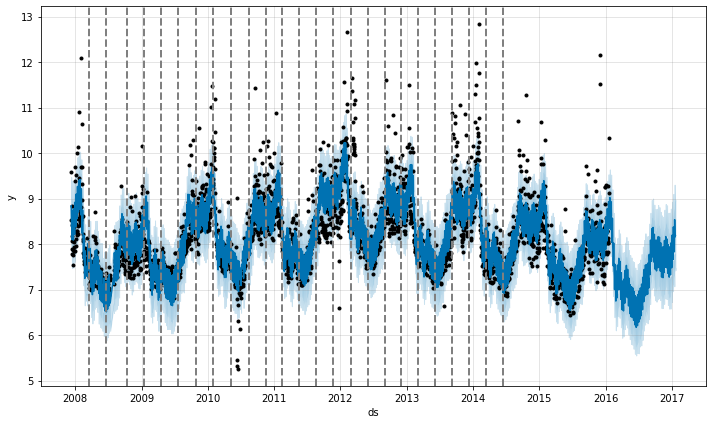 Even though we have a lot of places where the rate can possibly change, because of the sparse prior, most of these changepoints go unused. We can see this by plotting the magnitude of the rate change at each changepoint: 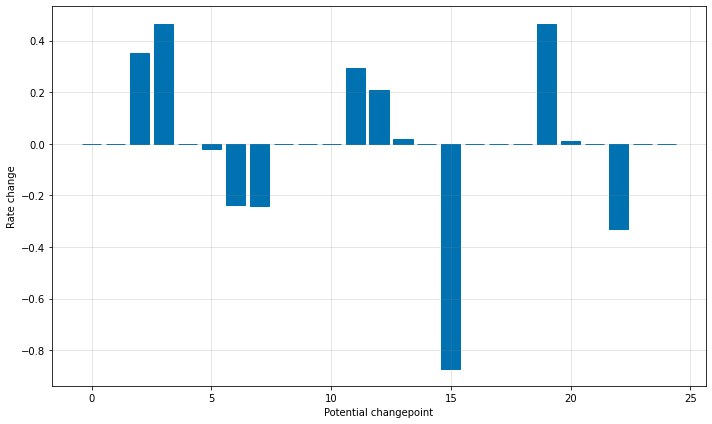 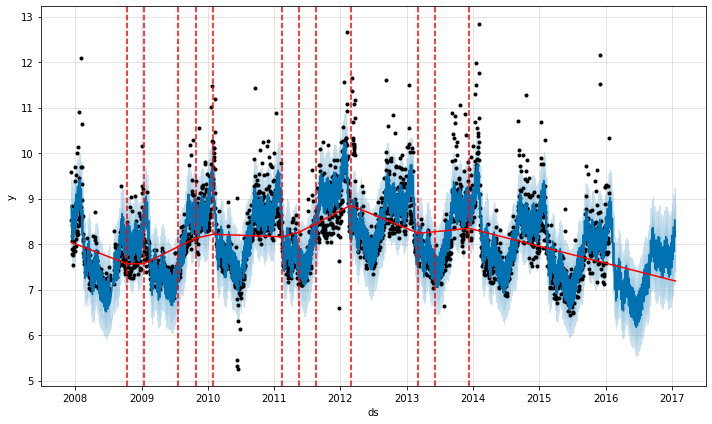 If the trend changes are being overfit (too much flexibility) or underfit (not enough flexibility), you can adjust the strength of the sparse prior using the input argument changepoint_prior_scale. By default, this parameter is set to 0.05. Increasing it will make the trend more flexible: 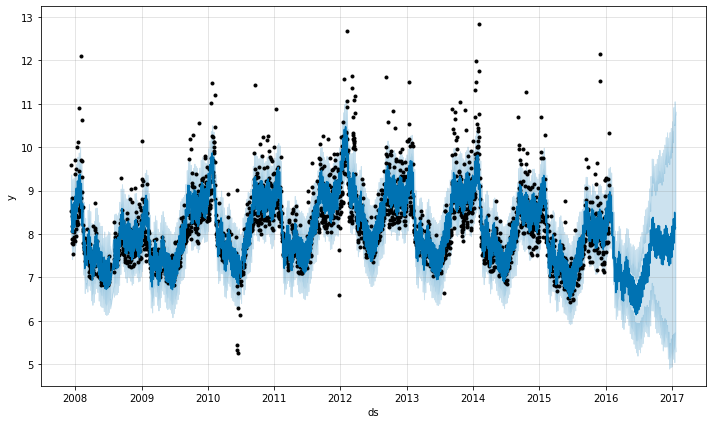 Decreasing it will make the trend less flexible: 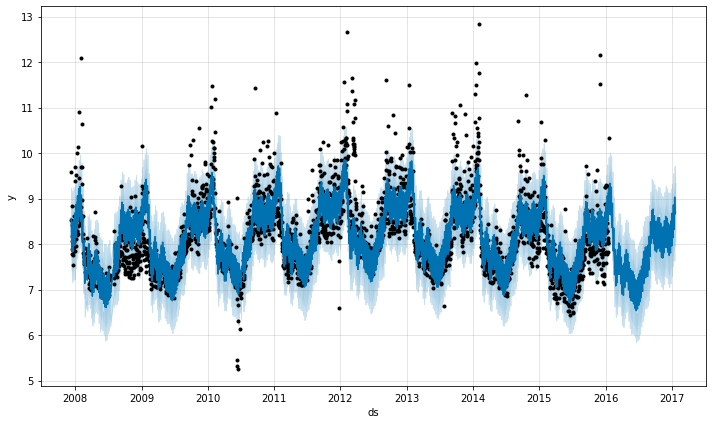 Specifying the locations of the changepoints

If you wish, rather than using automatic changepoint detection you can manually specify the locations of potential changepoints with the changepoints argument. Slope changes will then be allowed only at these points, with the same sparse regularization as before. One could, for instance, create a grid of points as is done automatically, but then augment that grid with some specific dates that are known to be likely to have changes. As another example, the changepoints could be entirely limited to a small set of dates, as is done here: 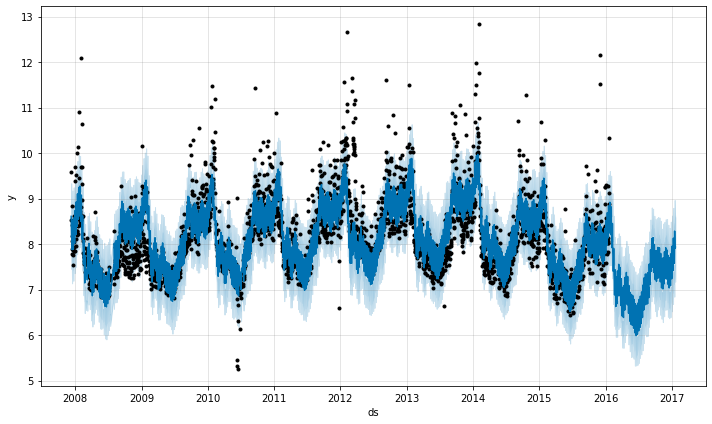